I have a yearly goal to brew at least eight times a year. This should keep my tap handels from becomming dry. As of 2017, I decided to abide by a brewing schedule that consists of four "staple" beers: Irish Red, Fruity Blonde, Pumpkin Porter, and Coffee Stout. Each year, I try to improve upon last years recipie.

My favorite style of beer, perfect amount of maltiness. This beer won 2nd place in a homebrew compitition in 2017.

I plan on mixing up the fruit in this beer each year. In 2017 the fruits were peach and raspberry.

It's fall and pumpkins are everywhere, let's put em in a beer.

The coffee in this beer is brewed in a french press with the wort and added during the boil! 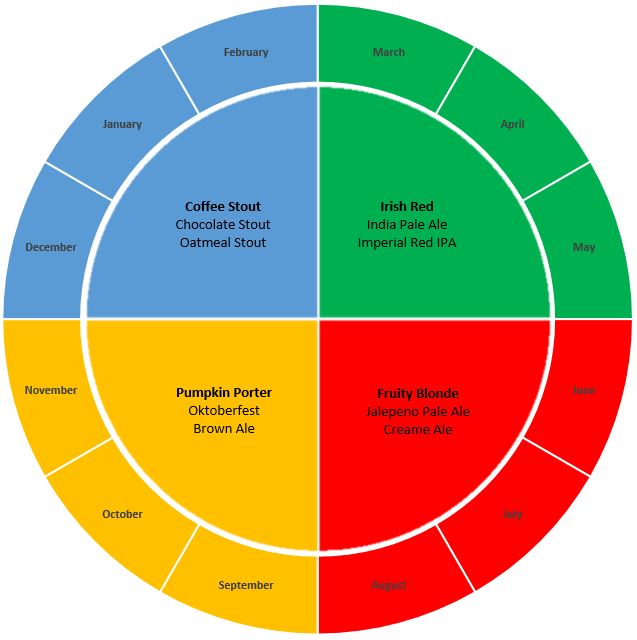